Halloween is around the corner~

So, I present you my very own version of Poison Ivy makeup :D 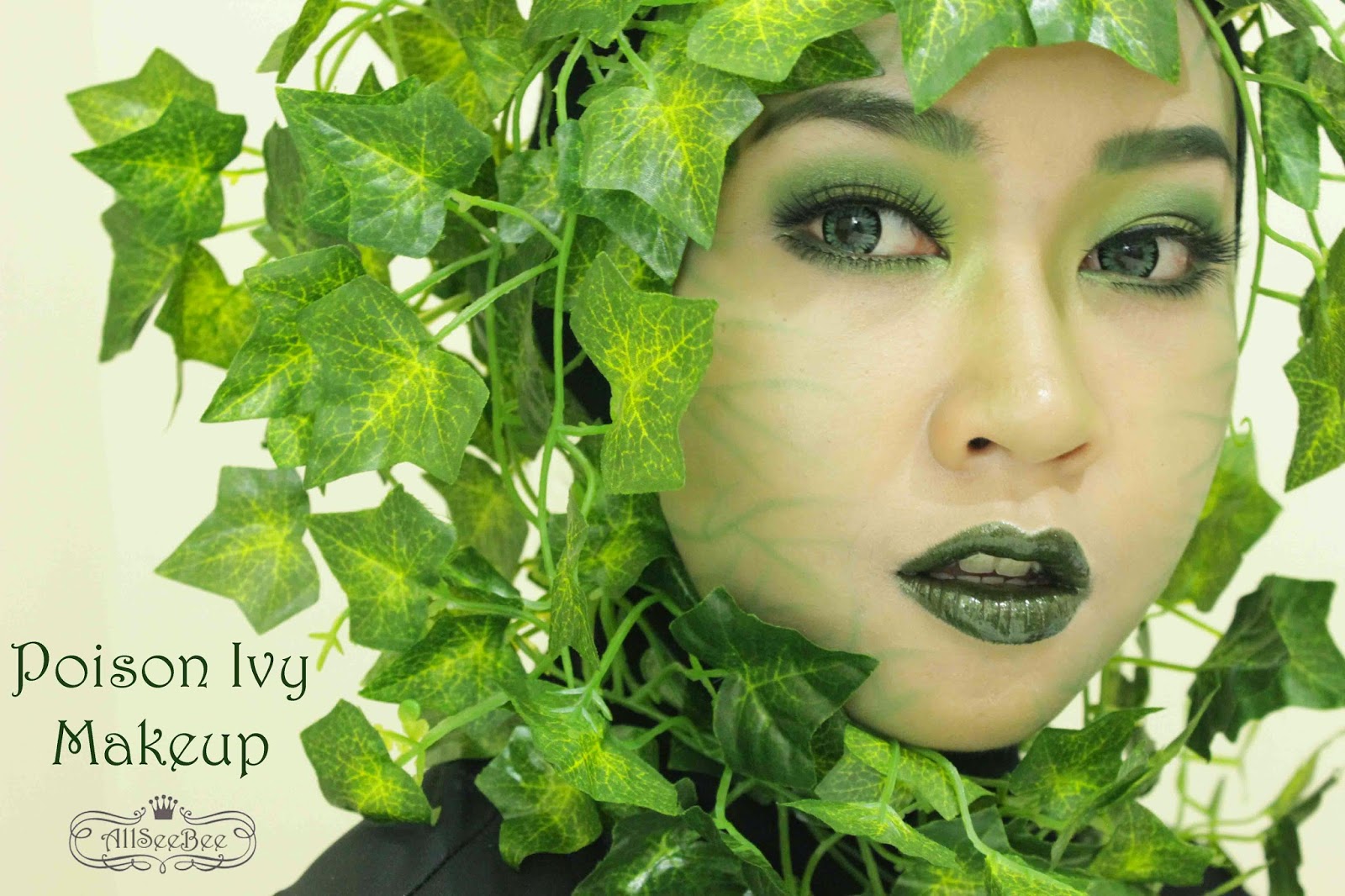 In general, I love October, why?
Because it is the time when people put their most creative, scariest, prettiest, and even hideous makeup you could imagine.

Hahaha, since for me there was no special time for applying those thematic makeup look, I kind of running out of idea this month.
Hmm.. no no no, I am not running out of idea, but time.. Hahaha
I have lots of makeup ideas that I want to make.. really... T,T

In that state, I think I should made my own version of it.  Make the existing looks as reference and let the imagination work~ hohoho

I prepared this eye makeup tutorial, just for you, my dearest reader :*
I skip the foundation tutorial step, because I just applied foundation, concealer and face powder. That's it, nothing really special from the makeup base of this look.

So, here is the step by step of the eye makeup~ 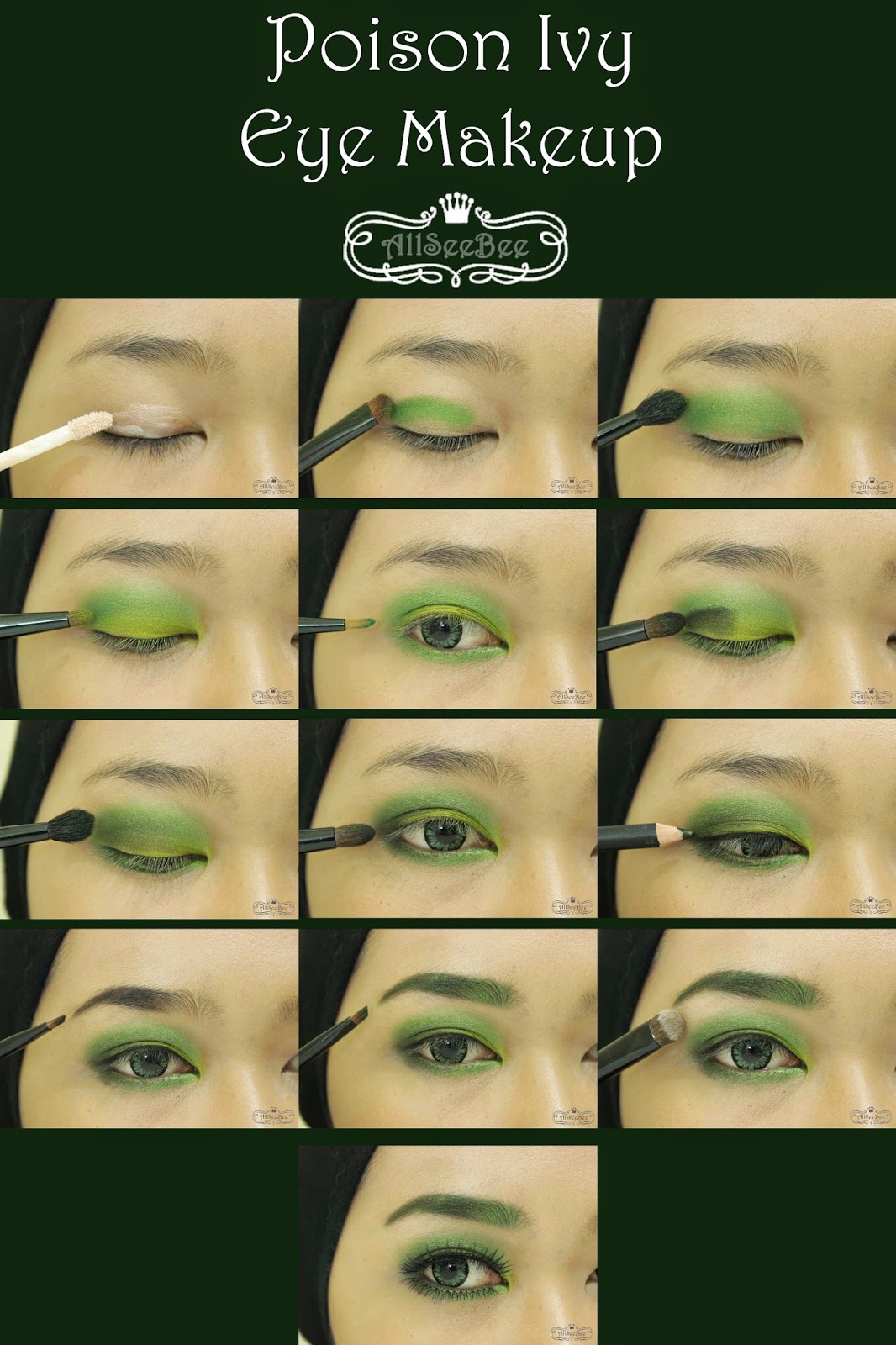 After the eye makeup, I contour my nose with the same green-yellow eyeshadow that I used on my eye previously. I also apply the green eyeshadow around my face and draw some veins-branches with the same eyeshadow color. 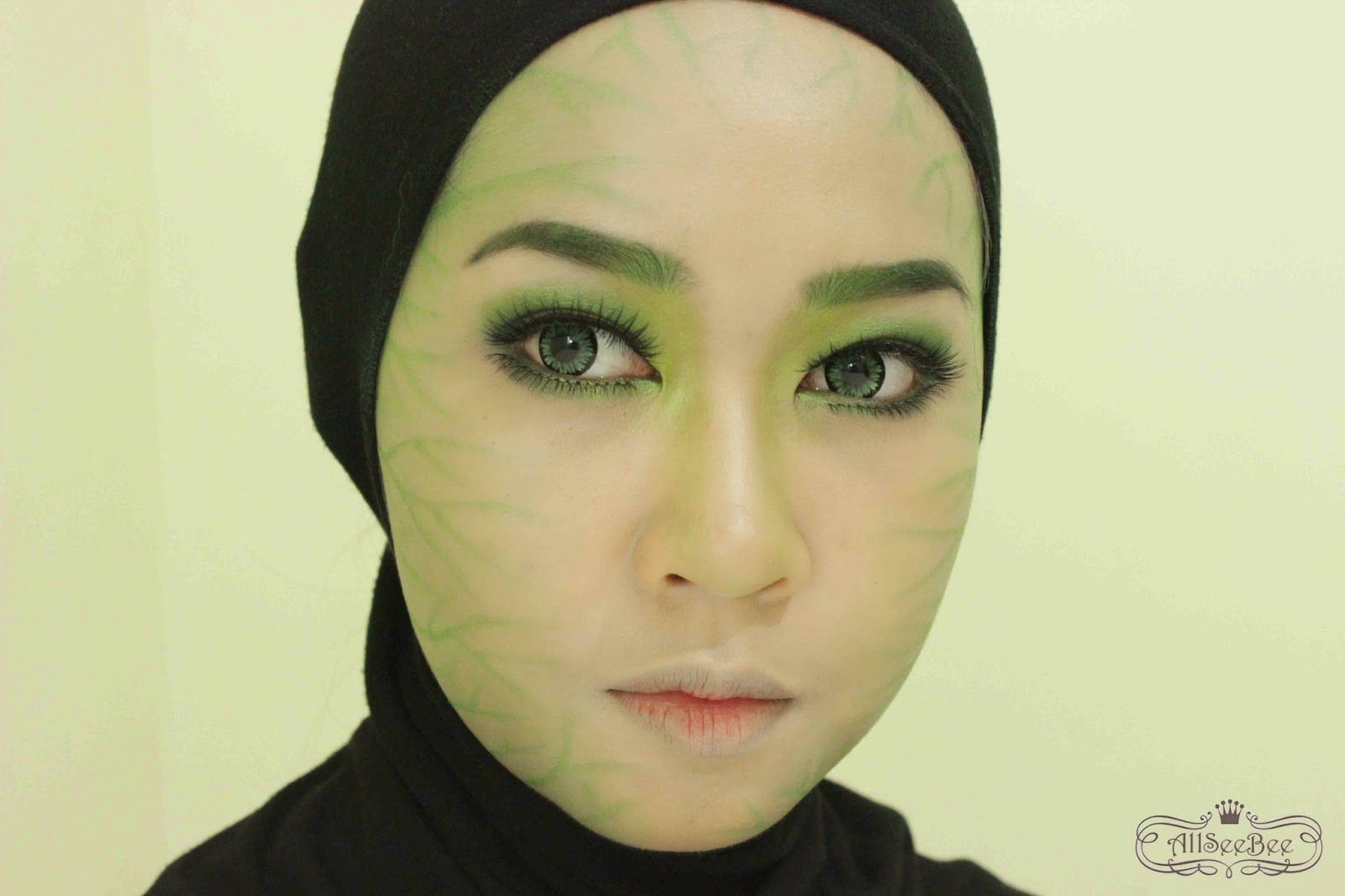 Here are the eye makeup details~ For this look, I used lashes from Yukkiyuna :D
I used Queen Twilight for the upper lashes and Perfect Dream for the lower lashes. 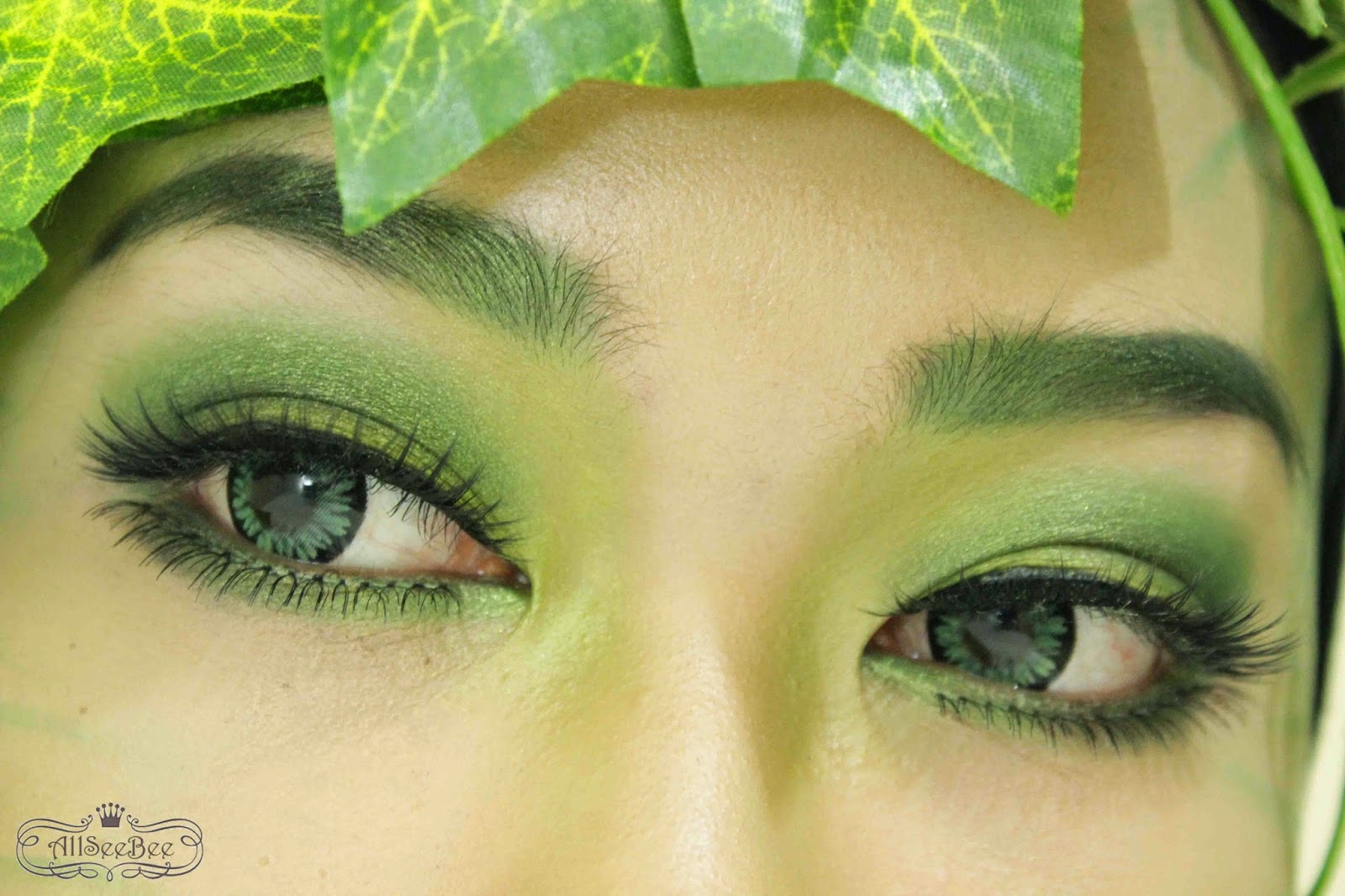 As for the lip color~
Woohoo, I like this color that I created by mixing green and black eyeshadows with clear lip gloss :D
I think it almost similar to Lime Crime Serpentina color :D 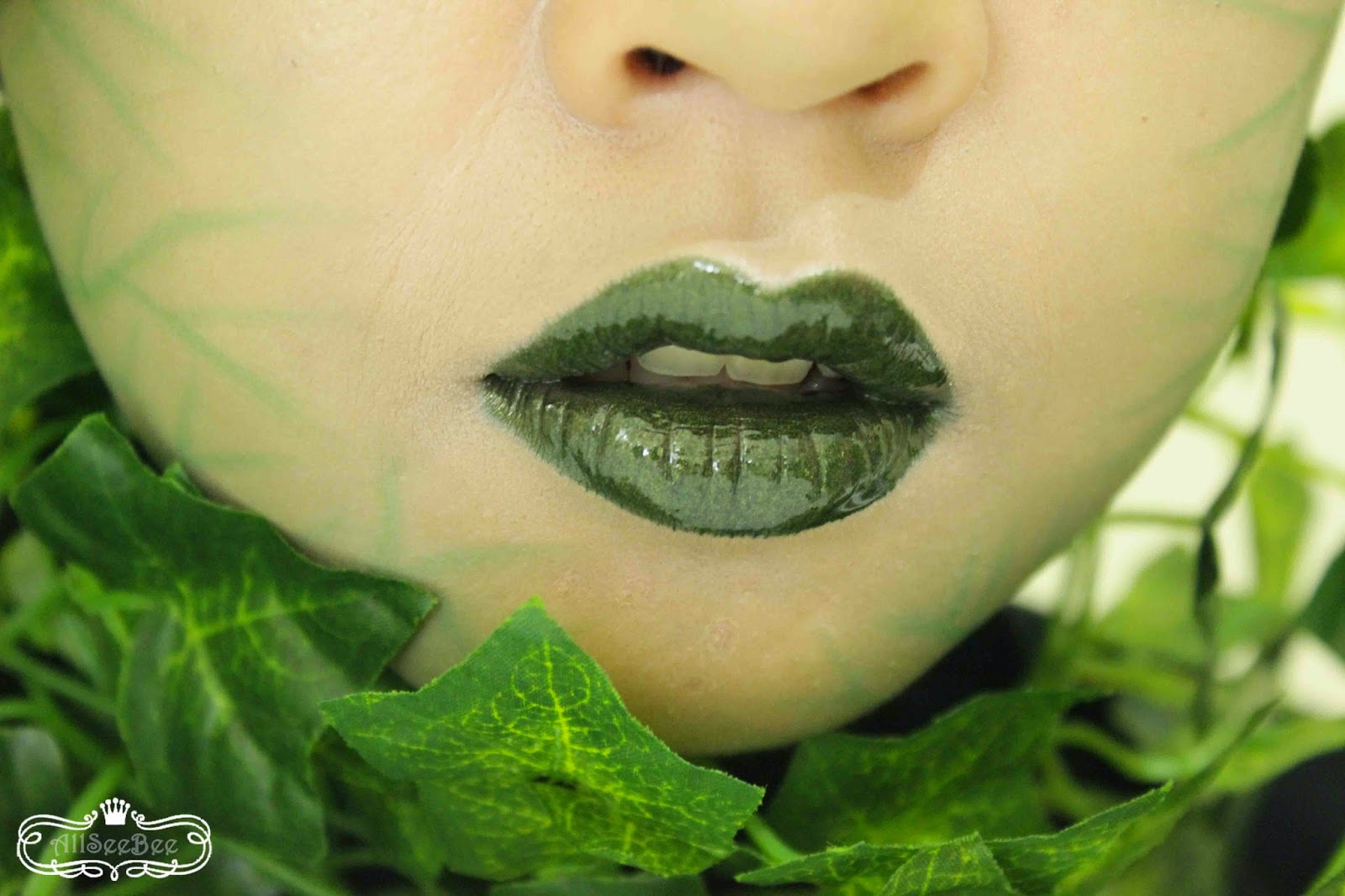 To complete my look, I bought this artificial leaves and wrap it around my head :D 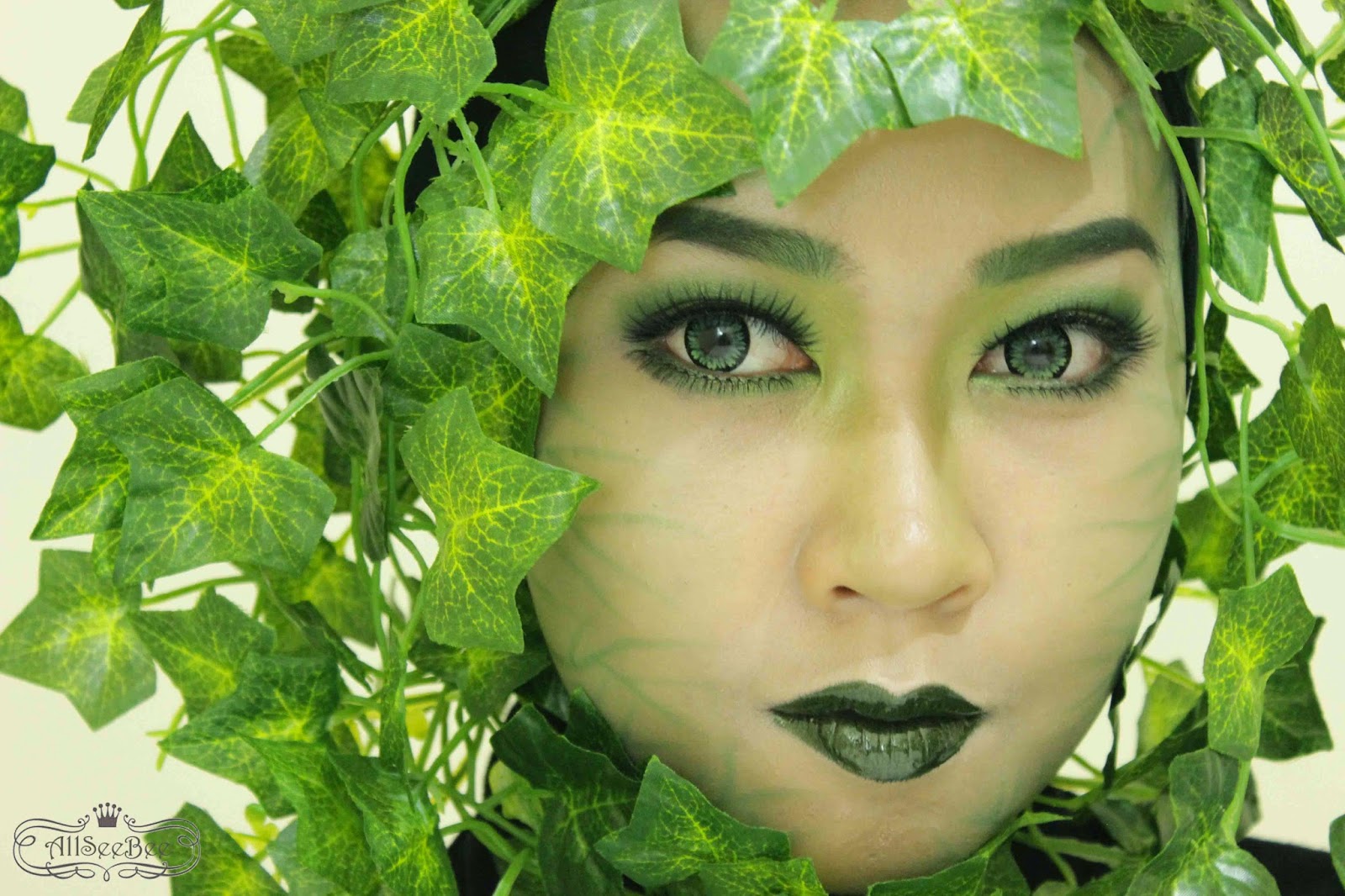 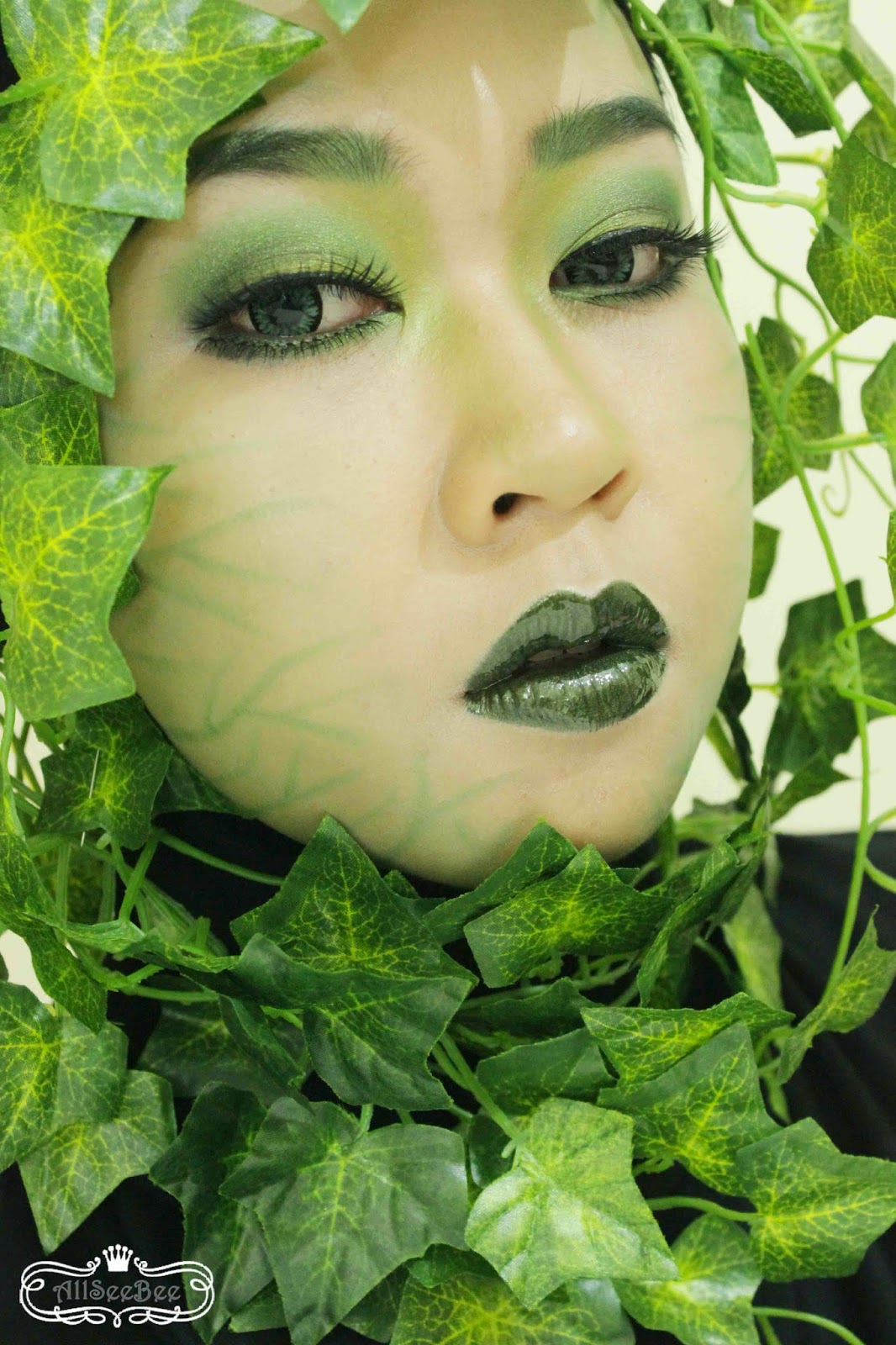 So, how is it?
I hope this tutorial could help you, if you want to make the same Poison Ivy makeup look. :D 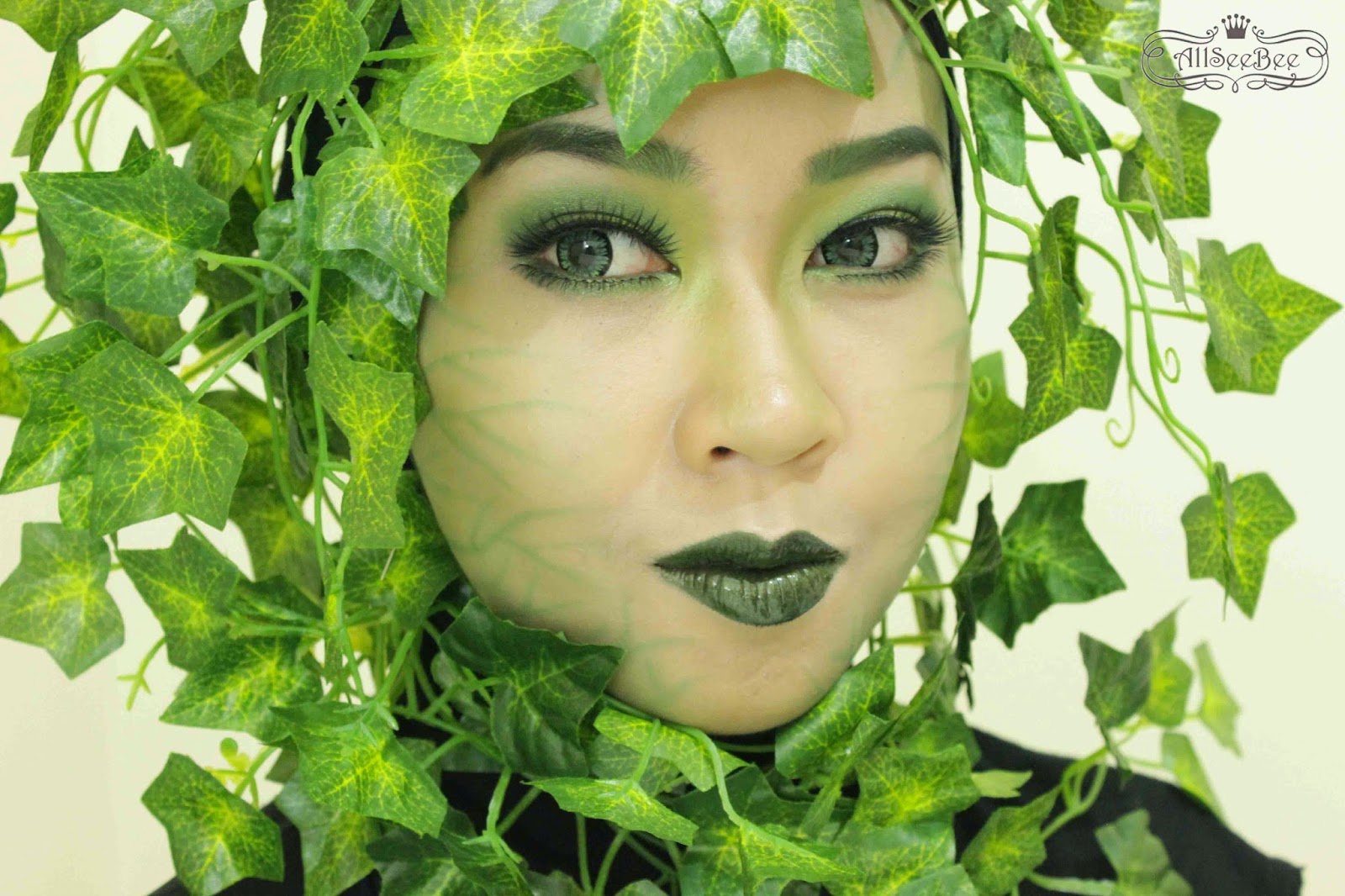 Thank you for visiting~ :*