the Mortal Instrument Make Up Collaboration - the Silent Brother

"We are the Downworlders. We live in the downworld, chasing and devouring each other, dodging away from the Shadowhunters and fight against the  Demons that escaped from their cage. We-Vampire, Warlock, Werewolf and Faeries-have to fight to sustain our life.

When we were arrested and accused of a crime, then the Silent Brother will interrogate us. They mess up our mind, break through defenses and the deepest memories we have. How torturous...

Now, Lilith the Mother of Demon, the Highest Queen of all has returned from her long hibernation. Which means, we will be chased and hunted just for fun or suspected us to be an accomplice and have to undergo painful interrogation .

We have to endure. Survive or die..."

Woah, what an intro~ :D
Anyone here have watched or read the Mortal Instruments? ^o^)/ *raise your hand*
If you have, I and fellow beauty bloggers have something special for you~

So, about last month Ce Irene asked me to join this Mortal Instruments Make Up Collaboration.
Fantasy make up? Count me in! :D

Here it is the fellow beauty bloggers' creation on Mortal Instruments characters.. 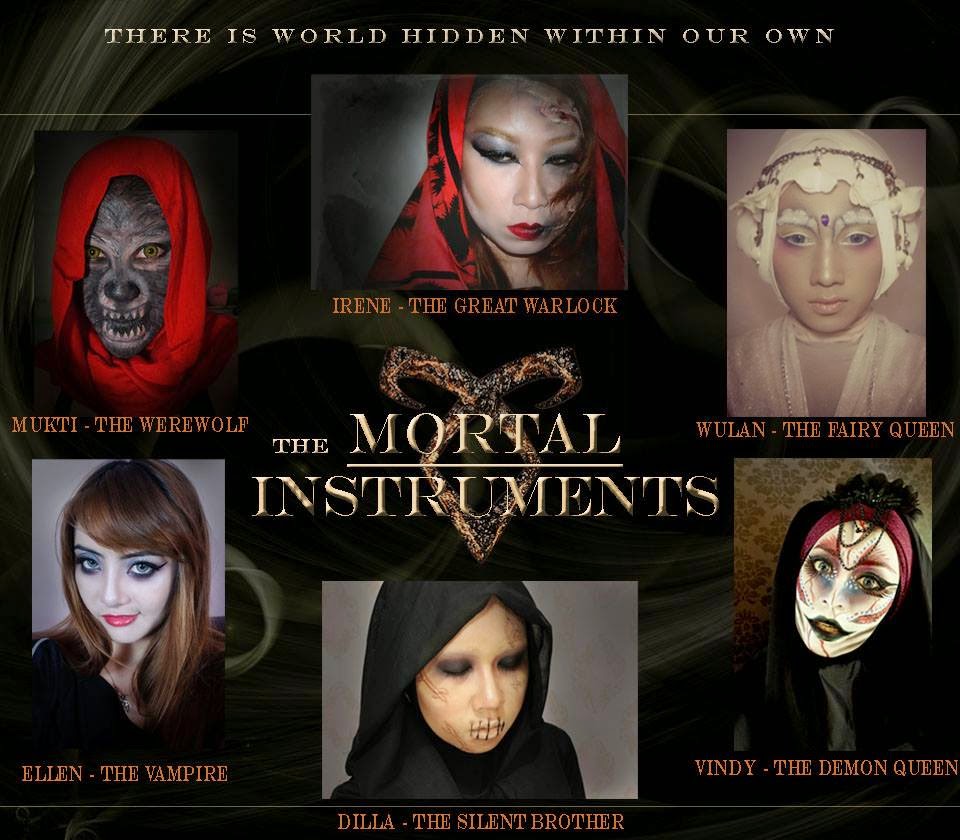 Yes, I chose to be the Silent Brother~

Taken from shadowhunters.wikia, the Silent Brothers described as the keepers of the lore and knowledge of the Nephilim, and they are also archivists, researchers, librarians, scholars and medics.
Wow, they are really something..

As reference, I used the Silent Brother illustration from makeupmag.com.

Since the illustration is really good, I, somehow kind of burdened my self with that high standard. Just look at those rune-shaped-scar and all of the details.. *,*

Aaaaand, here is my creation on the Silent Brother~ ^o^)/ 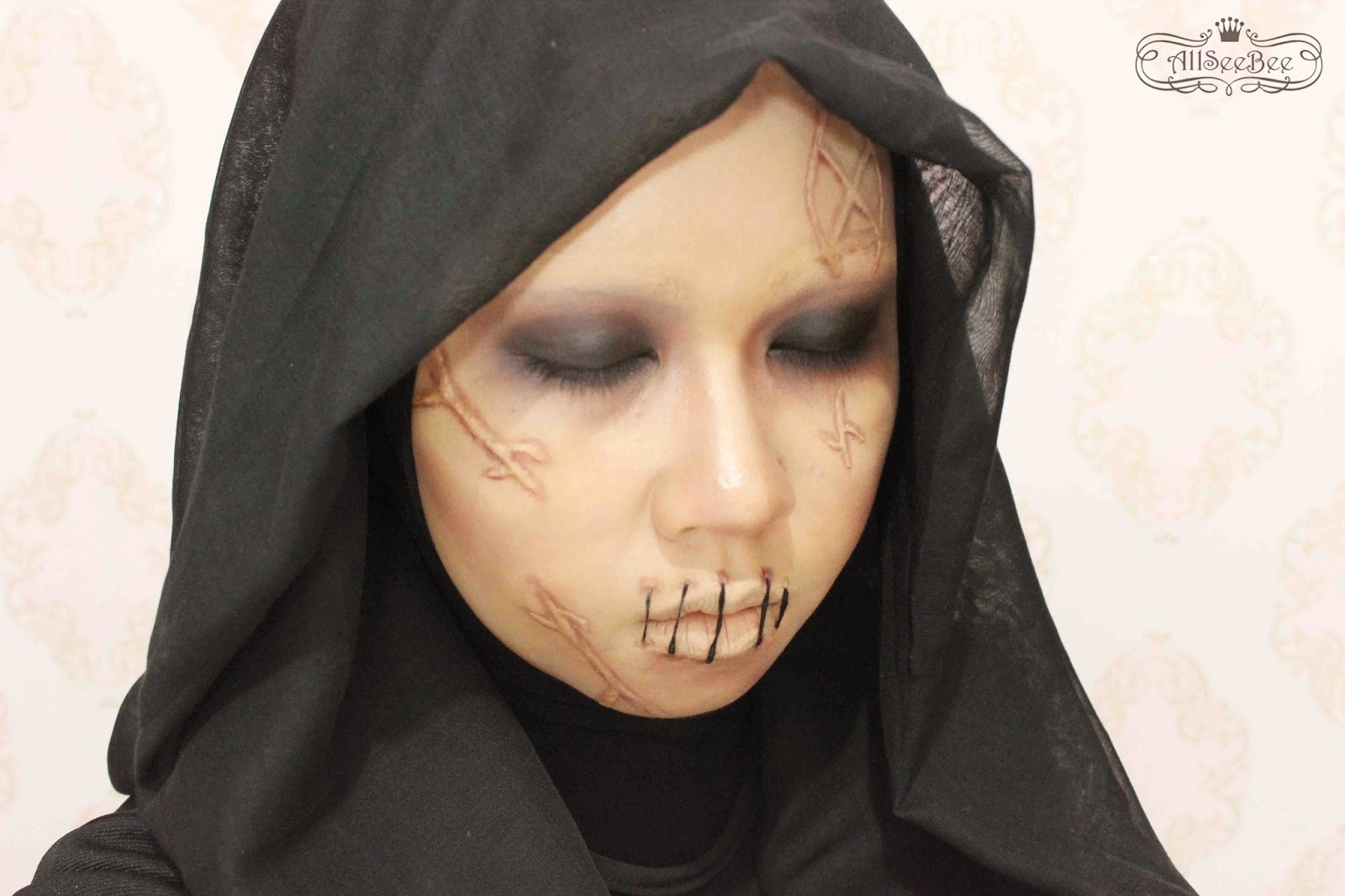 The Silent Brother actually was like have no eyes or their eyes seems to be closed. So, with this make up and eyes open, doesn't really fit the whole look. 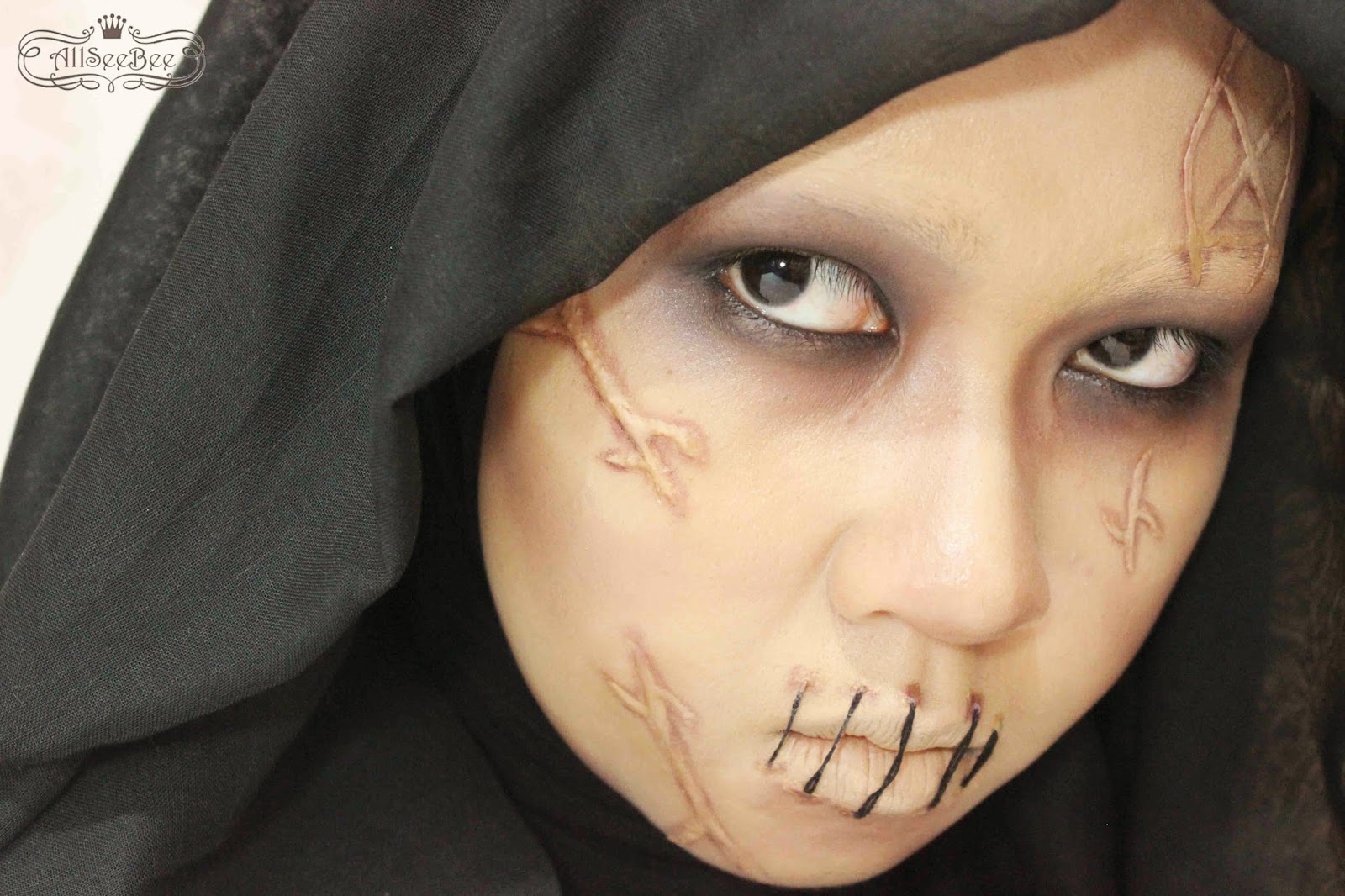 My stock photos on this Silent Brother (especially the good one) was a little bit less than usual.. It was a bit difficult to deliver an exact expression that suit the Silent Brother because I can't move my lip or my eyebrows.

A little extra creepy story for you, when I was taking photos for this look (it was around 11pm) my camera couldn't get any focus for several times until I change my pose (this happened when I was trying to pose with eyes closed).. Muahahahahahahahahaha
I finished the photo-taking-process immediately.. It was already midnight and everybody was sleeping.. I need to sleep too la.. Hahahaha

Anyway, if you curious on how to make the scar, you can watch my tutorial on How to Make Pinned Wound. To make this rune-shaped-scar was a lot easier. Then, finish the scar by contouring the edge of the scar. Simple right? ;) 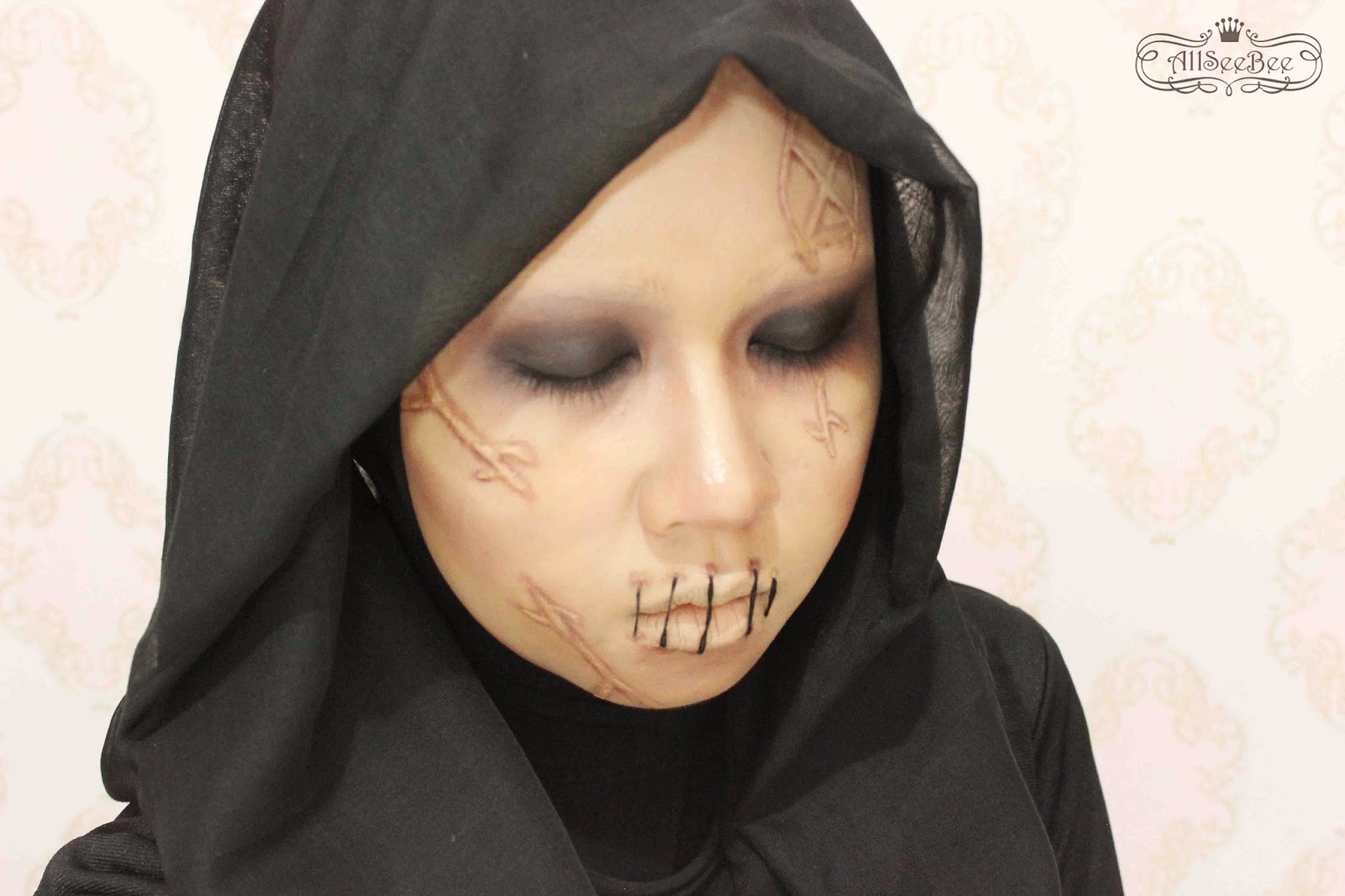 So, what do you think on my creation of Silent brother?

Oh yeah, kindly visit my fellow beauty blogger to check out their creation in this make up collaboration :D
Mukti as The Werewolf
Irene as the Great Warlock
Wulan as the Fairy Queen
Vindy as the Demon Queen
Me as the Silent Brother
Ellen as the Vampire

Thank you for visiting~ ^^